Growing Up … and Growing Out Of 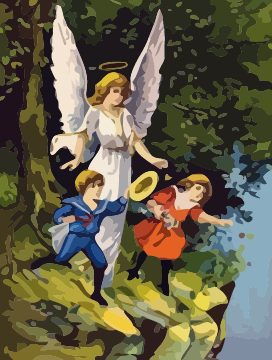 Several years ago, I wrote a piece about adult children who could not get along with their elderly parents: What’s Up with these Middle-Aged Children?  This topic resonated with many of my readers, and I understand why.  Yet, there is more.

What about the children who were abandoned by their parents? How were they to resolve the relationship with the people who gave birth to them if they never met them, or if their memories of their parents were so vague that they couldn’t picture their faces? What if their parents were known to them, even present in the household at times, but were so consumed with their own survival that children were seen as obstacles in the way or as objects to be manipulated and used for their own selfish purposes? How were these children to grow up mentally and emotionally healthy? What if the parents were abusive? How can children grow up and grow out of these deep-seated memories that still affect their lives?

As I began formulating my thinking about this, I realized that the topic was bigger than a single blog post, so I began researching beyond my own observations and decided to write it up as a book, maybe nonfiction, or maybe as a novel that incorporated what I had learned, or maybe develop it as a series of short stories. The approach has yet to be determined.

What I do know though, as an eighty-one year old woman, that there are a lot of hurting people who have never let go of the traumas of childhood. It has happened in my own extended family, and I hear the stories from fellow residents at the retirement home where I live. I saw the ramifications of child neglect and abuse when I worked at a child welfare agency. I saw it again when I was a foster parent to young teenagers, and later to a brother and sister who were elementary school age. The stories in the book will be about:

This whole topic has haunted me for some time. What is it that happens within families that causes partial, or even total estrangement between parents and children? I’m no psychologist, so I can’t approach it scientifically. I only know what I have seen and heard, and the stories are profound in their similarities and differences. That’s why I’m wondering if telling these stories wouldn’t be better told through a fictional approach keeping as close to the actual incidents as possible.  This is the approach that I took with my very first novel The Death Called Change where I felt driven to tell the story of how massive societal changes in the 1990s were affecting elderly people. Not especially well-written (I’ve learned a lot since), the book had mixed reviews among its readers: professionals working with the elderly appreciated it, general readers did not, but the approach to telling the story was, I believe, a good one.

Right now, I am working on the memoirs of a friend who has recently passed away. He was a secular Jew who left Germany as a child to escape from Hitler, spent his youth in France, and his adulthood in the United States. It’s an important book in that his father was connected to many of the “players” in the historical drama of Nazi Germany. Another friend did the major editing of the manuscript on a paper copy, the author’s wife is typing in the changes, and I will soon be electronically formatting the book and putting in any missed editorial corrections before sending it to the publisher. There is no reason why I can’t begin my own book at the same time, as my work on the memoirs is all technical while my own book will be a fully creative endeavor with all that this entails.

So, stay tuned. Any suggestions that you, the reader, have are very welcome.

Please share your own thoughts and ideas. Cancel reply

This site uses Akismet to reduce spam. Learn how your comment data is processed.